A “classic” dish that is basically stew and one that is hearty and wholesome. 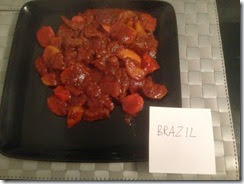 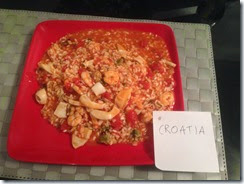 Verdict: Croatia started off really well with the shrimp, squid and mussels combining with the sauce well but, like the football team, Brazil kept it steady and the dish probably came out on top. But only just. Brazil to come from behind and win.