The Swiss classic of a fondue, with a twist of sticking a whole load of beer in. Add some baguettes to dunk/dip/dive into the cheesy mixture and I struggle to see how much more Swiss you could get. 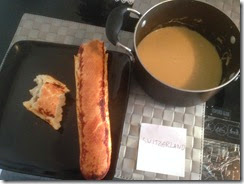 Another country that loves its Plantain so not that much choice when coming to Ecuador. Stuffed Avocados with egg, ham and other bits and pieces was a decent, healthy option – the complete antithesis to the cheese and beer. 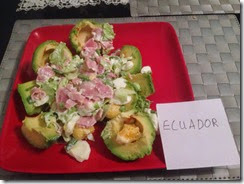 Verdict: Both of these were heavy going! There is only so much cheese you can eat before you feel sick and the same with avocados. Sort of suggests that they will cancel each other out.

Before you judge me for having a salad in France, with the range of exceptional food I could have had, I would like to point out it had been a heavy weekend! The salad also came with a lot of local products from the Lille area so was perfect. 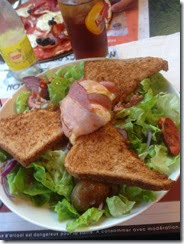 Honduran flour tortillas with beans and cheese. Simple, quick and can use a range of ingredients to spice it up a wee bit. 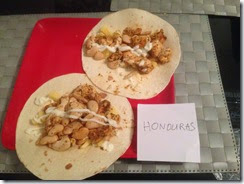 Verdict: The Baledas were awful. Partly due to one recipe suggesting to put butter beans in which are dreadful. The class of France will see them through this.

Steak is so 2000s for Argentina, its all chicken over there now! A simple dish with some good spices and some lemon thrown in for good measure. Probably could have done something more explosive, but it may not have ended well. 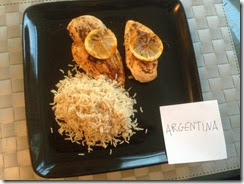 A Bosnian kabab that combines some bizarre ingredients such as cottage cheese into it and turns it into a taste sensation. 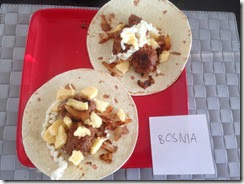 Verdict: Such a close call. The Bosnian kabab is one to be feared, while the stylish chicken and fried lemon is also very good. While I do want to say draw, I felt better after the Argentine meal. So they just nick it.

- My Football Travels
- Steve B The Groundhopper