During a busy week in Edinburgh, I had arranged to meet a university pal in the greatest city in the World, yet when that fell through I could either spend money I didn’t have or get creative! I chose to get to some of the many many non-league + junior grounds in the city and take snaps of what I could get to.

As I have already been to The Spartans and Preston Athletic, so it was a bit pointless to head towards there. I will also hopefully be at an Edinburgh City game @ Meadowbank at the end of the month so it seemed needless to go there. In the end, I picked my first ground and then just jumped buses that turned up if they took me near a ground! Here are my snaps: 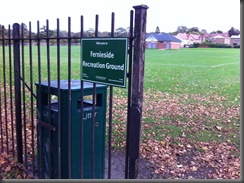 Playing in the East of Scotland Premier, Tynecastle FC play in a public park in Fernieside. (near the ‘new’ site of the Royal Infirmary) When I went the pitch was marked out, although the goal posts were not up and a new looking changing room building was standing on the far side. 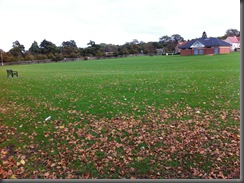 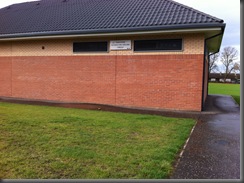 There is some covered standing (in theory) provided by the building and there are benches around the ground to provide some seating for nice days. 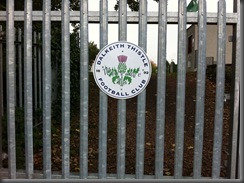 After a quick look on Google Maps, I noticed Dalkeith was close by to Fernieside so I popped over to take a look at an East Junior side in Dalkeith Thistle. While from the outside, their ground looks actually quite smart and resembling a ground, sadly the gate was locked so shoving my camera through the gate (below) to take a picture was a close as I could get. 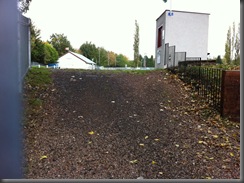 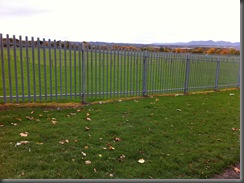 The most basic of the lot of grounds I saw on this day as this took an absolute age to find. I walked around Easthouses for about an hour before I finally discovered Mayfield Park, which is essentially a pitch which is railed off and has a protective gate around the pitch too (although the above picture does not do it justice). There is a small changing room block and a grass bank to stand on. However this does look a no go if its peeing down! 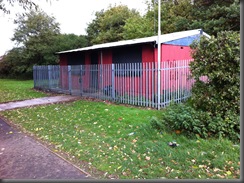 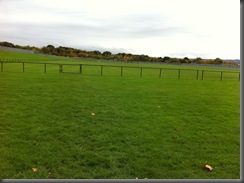 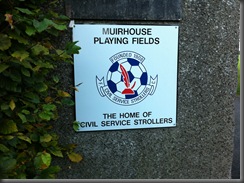 Technically home of two teams on two grounds (I know a few people will definitely agrue that!) and the one I wanted to see as I hope to get to a Civil Service or Leith Athletic one day. Home of several pitches as Telford College along with the two clubs use the facility. CSS play on the nearest picture as below, and I’m reliably informed that Leith use one tucked away in the corner. 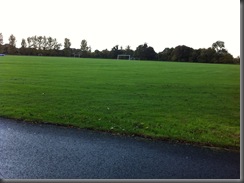 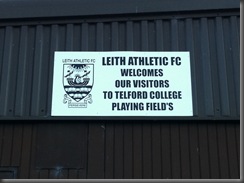