The magic of the FA Cup. When I pick an Extra Preliminary Round tie in August and follow it all the way to the Final the following May who knows what stories or tales I’ll come across. Amazingly, I already had a minor fairy tale as early as the 2nd Qualifying Round as Western League side Sherborne Town had reached this stage for the very first time in their 116 year history. Their game against Hungerford Town launched onto my radar thanks to me finally realizing that trains could be useful and indeed, it cost less to get a train from Umberleigh to Sherborne, rather than drive the 87 miles (and back again) to get to Raleigh Grove. 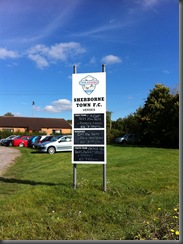 Sherborne is a market town in North-west Dorset, right on the border with Somerset. It is famous for its history with abbey, castles and manor house with most of the buildings in the town being medieval or Georgian. Amazingly too (according to Wikipedia), 40.8% of the town’s population is retired, which means (according to the 2001 census) that 3,814.8 pensioners live in the town. Hopefully the winters are mild here! Sherborne was also a founding member of the Douzelage – a twinning association across the European Union. Where regular events and festivals are held in each of the 23 towns across the EU. Probably much to the delight of the 3,814 pensioners. Shame two UKIP MEP’s reside in this area, but you get ignorant tossers everywhere. 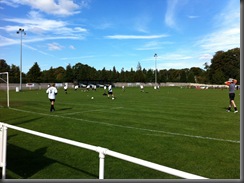 Sherborne railway station is about a 15 minute walk away from Raleigh Grove and I made it with about an hour to spare thanks to the sporadic timings of First Great Western and South West Trains, thanks privatisation! (I’ll try and make no more political comments in this post!) Raleigh Grove is one of the more basic Western League grounds I have visited, but with it being on the outskirts of town and surrounded by woods, it retains a nice feel about the place and has a lot of greenery. It has one seated stand, which looks a newer build but as its quite small, does blend into the environment and would be quite welcome should it pee it down! Apart from a small covered standing area behind one corner flag, the rest of the ground is uncovered hard standing. Although the standing areas are raised from the pitch in parts so it does provide a good view. Sherborne had suffered from a dreadful start to the season by losing their 1st 3 league games in a row. However, their record FA Cup run had a positive effect on their league form and they went into this game with 4 straight wins. (Although two were in FA Competitions). Their opponents for this game were from the league above, Southern League South & West. Hungerford Town had just survived their first season at that level last season, partly hindered by a whopping 12 point deduction for fielding ineligible players. This season had seen an improvement though and they sat in 7th place coming into this game, with only 1 defeat all season, to Bishops Cleeve. Therefore, this would be a tough ask for Sherborne to get through. 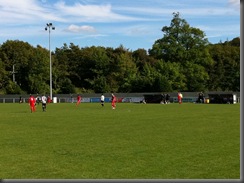 And when the game kicked off, Hungerford had the earlier share of chances with some last ditch blocks being thrown at the ball within the 1st 10 minutes. In fact home goalie Marc Lock had to save well from a few of these early chances. However, Sherborne began to get a bit of the ball and got back into the game and started putting Hungerford on the back foot. With the simple idea of a long ball over the top, Sherborne started to gain the upper hand as they created chances through Andy Martin and Marc Caines. Though Hungerford were always that little bit on top and Lock had to tip a Dijak John shot onto the bar just before half-time as Sherborne lumped pressure on themselves with a poor back pass. At half-time it was 0-0 and although there was a slight advantage, you thought that this game could be going to a replay. 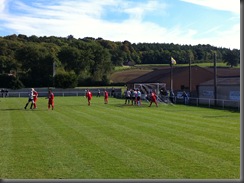 Whatever Hungerford boss Bobby Wilkinson said to his players it had the desired effect as they came out into the 2nd half well on top. On the 48th minute, Hungerford took the lead and disappointingly for Sherborne, it came in such an easy manner. When the ball was cleared for a throw, Matt Day launched a long one in and an unmarked Adam Wallace easily placed his header out of reach of Lock to make it 0-1. Sherborne looked distraught at conceding that goal. Hungerford though upped the anti, although I was questioning standing behind the Hungerford bench and the loudmouth manager and coach barking every second was a tad annoying. Not as annoying as their gobshite goalie Kieron Drake, but he had hushed himself up in the 2nd half. Lock had to save well again, this time from Richard Bland, but with Sherborne not being able to control the ball and play at all, it looked only a matter of time before the killer 2nd goal would arrive. It did on 67 minutes when a great run down the left wing from Dijak John was not halted as he swept into the Sherborne area and his low driven cross was smashed into the roof of the net by Adam Wallace for his and Hungerford’s 2nd of the game. The game then began to get very scrapped and fractious as Hungerford were content to keep this two goal lead and Sherborne saw no signs of getting back into it. However, they did create a half chance on the 80 minute mark and this was the cue for them to get back into it. This then led Hungerford to up their dirtyness even more and began to give away loads of unnecessary freekicks. One on 86 minutes was whipped in and Cunningham (or Aaron Mead according to Sherborne’s website?) planted a header into the far corner. Sherborne couldn’t create another golden chance and Hungerford marched onto the 3rd Qualifiying Round. 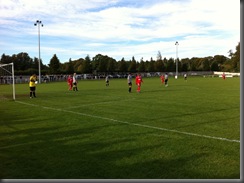 Sherborne will be disappointed, but I was very disappointed with Hungerford’s bully tactics and hopefully Swindon Supermarine (who they drew in the next round) give them a good raping. The match was best summed up in injury time in the 2nd half when a late tackle on a Hungerford player caused him to shout “I’m gonna get you” and other threats. Needless. 30 secs later that same player launched himself into an awful challenge and was not even booked. More Mr A Rodda (who I’ve seen a couple of times now) was dreadful again. As for the day, it was a good day out on the train and I will be going to a few more grounds which are slightly far by car on the train from now on! Good luck to Swindon Supermarine in the 3rd Qualifying Round! The Western League’s involvement in the FA Cup ended this season as Bristol Manor Farm lost to Basingstoke Town 1-0 in a replay. 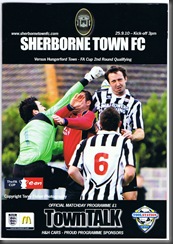 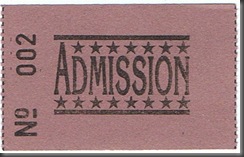