While I was heading up North for a pre-planned family visit to the greatest country on Earth, the Road to Wembley in the form of Ascot United were also heading up north for their biggest ever game. After seeing off Newport (IOW) in the previous round, Ascot now had Northern League cracks Shildon in the QF. 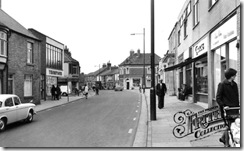 (Shildon probably unchanged since then)

Shildon had kept up the recent Northern League tradition of that league dominating the competition and their clubs reaching the latter stages of the draw. (Along with Spennymoor Town who had also made the QFs) Shildon had seen off Liversedge, South Shields, Consett, Parkgate, Bitton and Brantham Athletic to reach here. The game at Shildon’s Dean Street ground seemed quite a tight one as Ascot took the lead against the run of play through Rob Saunders. It looked like Ascot would snatch a surprise win (which I would have been ribbed for on Twitter) until a 92nd minute equaliser through Jamie Owens sent the game into extra-time where no further goals were scored.

(This is what a 92nd minute equaliser looks like)

While many thought the replay down at Ascot would be tight, they were wrong. Shildon took their chances in this game and came out with a 4-1 win to reach the semi-finals for the first time in their history. Sam Garvie grabbed a hat-trick as Ascot’s mighty run came to an end. The 4-1 win is all the more remarkable considering they only travelled down from County Durham with 12 fit players. 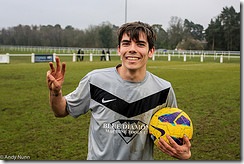 Shildon could have been drawn against a fellow north-east side, Guernsey or a Kent side for the Semi-Finals. Hoping that they would draw the Kent League team, they did and so I was delighted to see Tonbridge Wells vs Shildon being the Semi 1st Leg, which I’ll be at. Tonbridge have surprised many getting this far, but have already dumped out some big names including holders Dunston UTS, so are clearly no mugs. An interesting 90 minutes await.