It had been a few months since my last visit to the 2nd greatest city on the planet and with a family engagement party I had been invited to, I needed no excuse to come up again. While that was sadly cancelled, that allowed me to look for a cheeky football match and even though Hearts were at home on this day (I refused to go to Tynecastle until Vlad had gone – which has sort of happened), I instead took a look at my favourite Scottish League, the EOS. Some games stood out, but watching the majorly progressive side of The Spartans at this level before they no doubt become a SFL club was a must. 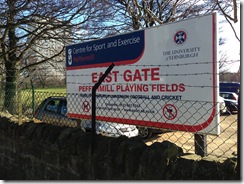 Edinburgh University began life as a College of Law, founded by the Edinburgh Town Council using part of a legacy left by Bishop Robert Reid after his death in 1558. Originally a College of the Liberal Arts, the constant efforts of the Town Council and Ministers of the City to establish a seat of learning meant it soon blossomed into a university, which was established by a Royal Charter granted by James VI in 1582. The fact that its funding was granted by the Town Council makes it in many ways the first civic university. It was renamed King James's College in 1617 and instruction began in 1583 under the charge of a young St Andrews graduate Robert Pollock. It was the fourth Scottish university in a period when the much more populous and richer England had only two. By the 18th century Edinburgh was a leading centre of the European Enlightenment although the University did not have a custom-built campus and existed in a hotchpotch of buildings from its establishment until the early 19th century. The university's first custom-built building was the Old College, situated on South Bridge. Its first forte in teaching was anatomy and the developing science of surgery, from which it expanded into many other subjects. The university is responsible for a number of historic and modern buildings across the City, including the oldest purpose-built concert hall in Scotland, St Cecilia's Concert Hall; Teviot Row House, which is the oldest purpose built Student Union Building in the world; and the restored Mylne's Court student residence which stands at the head of Edinburgh's Royal Mile. At writing, University of Edinburgh is placed 1st in Scotland,  49th in the world and 6th in the UK in reputation by Times Higher Education in 2012. 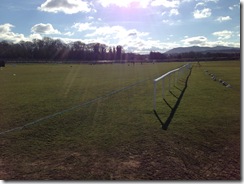 Established in 1878, Edinburgh University AFC is the third-oldest senior club in the East of Scotland and has been a member of the SFA since establishment. The club won its first ever trophy in 1883, beating Hearts (really?!) in the final of the Edinburgh Shield. Since then they have picked up other successes such as the East of Scotland Amateur Cup in 1948 and the Scottish Qualifying Cup (South) in 1965. Although having never won the East of Scotland League title, they have come 2nd in three consecutive seasons during the 70s. In University football they are much more stronger with their 27 successes in the Scottish Universities title and also winning the British Universities Cup back in 1993-94. They have been an EOS Premier side for the past 9 seasons and finished 2nd behind Whitehill Welfare in 2007/08 by just one point. They are also now entrants into the Scottish Cup but failed to progress past the 1st Round this season, losing at home to St. Cuthberts Wanderers. This season they are struggling slightly and were 10th (out of 12) being only 2 points outside of the relegation zone. However 11th place Vale of Leithen had 5 games in hand on them so a nervous spring could await the Students. 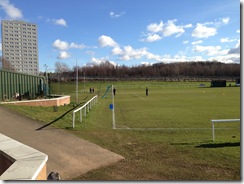 They play at Peffermill Playing Fields, which is a large complex that belongs to the uni which houses not only football pitches, but pitches for rugby, hockey and a sporting centre. EUAFC play at the Eastern side of the pitch and their first team play on a field that is railed off part the way round as well as having a small seated stand (which is a cricket pavilion) in the middle of the two dugouts on the far side. A nice touch is the classic grass banking on the far side of the pitch which is also good to watch football on. The main highlights of Peffermill however as the two differing views depending on either end of the pitch, which looked brilliant in the sunshine on the day I came. On one side, a block of flats and the surrounding area to one side and the view of Arthur’s Seat on the other. Brilliant. 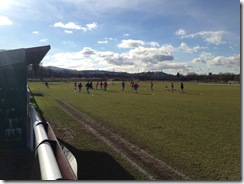 The Spartans lost their EOS crown last season to new contenders University of Stirling and the week before this game, the two sides had faced off against each other. Stirling came out on top 2-0 in the Image Printers Cup semi-final and also came out 2-1 winners in the only league meeting so far this season at Ainslie Park. While The Spartans are top of the table, Stirling have enough games in hand to catch them up so a close contest also looks on at the top of the table. The Spartans have a good fan base and through the power of Twitter I had chatted to a couple of them before the game. I ended up watching this match with Spartans fan Grim O Grady who films the Spartans highlights (on Spartans TV Channel X) for the Pie & Bovril forum. With a good fanbase and fantastic venue, the next space that comes up in the SFL (who knows, it could be the one Hearts had) then the Spartans must be favourites for it. 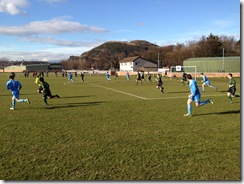 As the match kicked off in the glorious sunshine, it was clear from the early proceedings that The Spartans would not romp to another 4-0 win as they did a couple of weeks ago. It was a good open start from both teams with the Students looking to dominate play but The Spartans dangerous on the break. Ironically though it was the Uni who nearly took the lead on the counter attack. A brake down the right saw the ball crossed deep towards the far post and Kohei Habata forced an excellent save from away goalie Craig Flockhart. However, just 8 minutes later, The Spartans took the lead with a goal that showed two pieces of good quality. Firstly, Jack Beesley, went on a mazy run and was taken out on the edge of the box. Up stepped Kevin Motion who fired a freekick past Mark Tait and it was 1-0. Spartans could have nearly had a couple more goal scoring chances as Beesley had another couple of runs at the Uni rightback who couldn’t cope with The Spartans pace and trickery but the home side held it at 1-0 at HT. 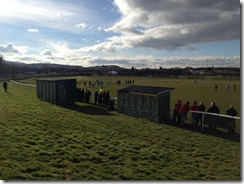 The second half was a completely different story however as Edinburgh Uni took the game to The Spartans and were unlucky not to grab an equaliser on several occasions. Habata especially was causing the away defence trouble as his runs were forcing The Spartans onto the back foot constantly. For all of their pressure however, I can’t really remember the home side forcing Flockhart into a good save. The Spartans rarely threatened shooting towards the sun, although they did have a brief attacking spell late in the 2nd half. The game dynamic changed on 90 minutes however as referee Jordan Stokoe (who had been fairly dismal up to that point anyway) sent off Mark Whatley in a farcical decision. I though Whatley had actually been accidentally kicked by the Uni player. Stokoe then went one better and also sent off The Spartans manager Dougie Samuel for having the audacity to ask what the player was sent off for (as had the other 63 people in the crowd). His final strange decision was to book Edinburgh Uni player Cyrus Moosavi for diving when it seemed he was tripped on the edge of the area.  With that little outburst, The Spartans were through to Round 3 and nobody was impressed with the referee. 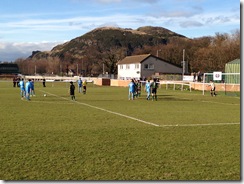 The Spartans were drawn at home to Leith Athletic in Round 3 as the Athletic beat Craigroyston in Round 2. This was a massively enjoyable afternoon out as I had some glorious Edinburgh weather, some proper non-league football and a Scotch pie. I don’t know what more you could want! I do enjoy watching The Spartans play and next time I’m up with a free weekend, I’ll be finding out where they are that weekend. I’ve attached the highlights from Spartans TV Channel X – it’s not my video, but yes that is me. 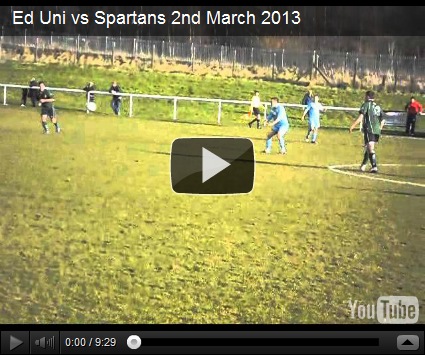 Photos from Edinburgh University vs The Spartans 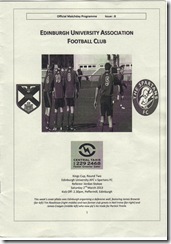