With the arches of Wembley getting closer for the 8 clubs remaining and a new winner this season guaranteed after holders Whitley Bay had been knocked out in the Round before, it was the Quarter Final stage. Now following the Cambridgeshire based side of St Ives Town the competition was getting to its most interesting stage and in St Ives way for this round were some miners. 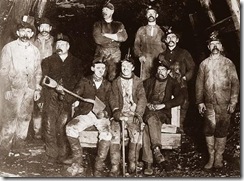 Staveley Miners Welfare are having a bit of a good run at the moment after winning promotion from the Northern Counties East League 1st Division last season and are currently 3rd in the Premier Division, chasing down current leaders Bridlington Town. The side from near Chesterfield have also had an excellent Vase season, entering in the 2nd Round and dispatching of Ashville, Squires Gate, Willand Rovers before dumping Oadby Town out in the previous round to get here. Not knowing much about the club it was a tough one to call against St Ives Town. IF you want to read about SMW’s win over Oadby, then top blogger Rob Waite (from The 66 POW) was at the game and you can read his stuff here. 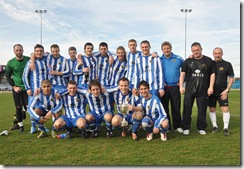 “In a game which saw the scoreline flatter the opponents the Saints lost out on the chance of a Fa Vase Semi Final Match.
The Saints had many chances in the first half but failed to reach the back of the net. And on 36 minutes the Saints went 1-0 down after Ryan Damms put away a close range shot.
HT 1-0.
The Second Half saw both teams come out determined to make the result theirs. Shots and saves from both sides continued until on 70 minutes Staveley doubled their lead. This didn't stop the Saints trying and they put all their effort into getting a draw. Sadly this didn't happen and just 5 minutes from time Staveley scored their third and final goal.
FT 3-0.”

So in the end it was the Miners who are now only 2 games away from Wembley and standing in their way now are Northern League side Dunston UTS for a two legged showdown.